Grade "A" Accredited by NAAC
Placements

Grade "A" Accredited by NAAC
Placements

The Entrepreneurship Cell of Shaheed Sukhdev College Of Business Studies

Yuva aims at actively promoting entrepreneurship among college students by providing a platform to convert their ideas into reality.

Our deep association with SIIF (SSCBS Innovation and Incubation Foundation) also enables us to provide support to budding entrepreneurs in the form of consultancy services, mentorship, networking and incubation opportunities.

We are a group of students who believe in the power of change. We realise that even small ideas can bring a large impact if they are accompanied with determination and motivation to succeed. Therefore, we organise entrepreneurial events and regularly hold brainstorming sessions to ideate on creative ways in which we can disrupt the existing system to improve it.

We provide students with support for their ventures. Our aim is to grow these early stage startups into big businesses with the help of our consultancy services, mentorship and networking opportunities. Vahdam Teas, InstaGo, Event Horizon India, Red Herring Ventures, Hollr and CarKhana.com are some of our eminent ventures that have made their mark in the startup ecosystem.

In the session of 2019-20, Yuva performed exceptionally well in competitions held across colleges of Delhi University and other universities across the country. Winning various prizes at these events, Yuvatakes great pride in these recognitions.

We also successfully completed a live project with Hollr, an event logistics platform based in Gurgaon. We conducted various Knowledge Sharing Sessions and interactions with industry experts and speakers to gain real life insights in the field of entrepreneurship.

Achievements like these encourage us to take up challenges and keep striving towards excellence.

Yuva completed ten years of its journey in 2019. Through these years, we have successfully organized various events and carried out diverse projects.  We organised the Lufthansa Impact Week, a design thinking workshop, for the second time in association with Lufthansa Airlines and SIIF. The event was a beautiful symposium of Indo-German cultural and intellectual exchange. A talk show was also organized in association with Samvadam which witnessed eminent speakers share their experiences with students willing to enter the entrepreneurial ecosystem. In the beginning of 2020, Yuvaorganised E-Summit’20 for the very first time. The summit was a composition of multiple dynamic events along with a bevy of peripheral activities and speaker sessions. Apart from events for the students, we organised Investor’s Pitch Day wherein early age startups are provided with a platform to showcase their ideas in front of VCs and gain funding. Yuva has even partnered with TiE Delhi to organiseTiE Global Summit 2019 and Startup Expo.

Our recent stint includes the introduction of YAccel – a startup accelerator platform to empower the next generation of entrepreneurs. This programme aims to provide wings to the revolutionary ideas of the youth that may just change the way people live.

Yuva has always believed in growth and improvement. We have proved our mettle time and again, organising larger-than-life conferences, workshops and events and we hope to further cultivate this culture within our spirit.

We aim at organising an even bigger and better entrepreneurship summit, providing a larger platform to the participants for networking. We also look forward to strengthening our bonds with Lufthansa Airlines and conducting a design thinking workshop for the third time in our college. We also hope to make some of our ideas incubation ready and start with our own ventures.

We, at Yuva, believe that entrepreneurial talent is not something one is born with, but something that one develops through rigorous work and commitment towards one’s dream. 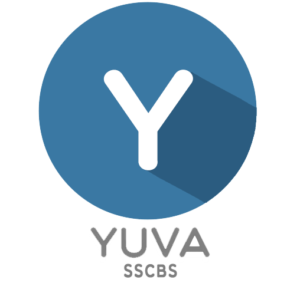 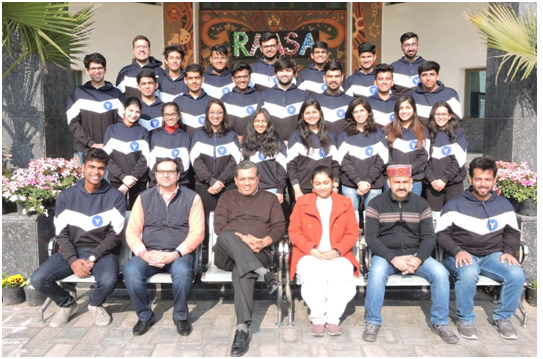 Admissions for Batch 4 has been closed now.